Webb orchestra students recently had the opportunity to work and perform with Mark Wood, an original member of the Trans-Siberian Orchestra, as part of Wood's Electrify Your Strings music education program. A public concert of rock 'n roll selections was the culmination of months of instruction and practice via Zoom, months of in-class rehearsals, and two days working with Mark himself. Wood, a well-known electric violinist and Emmy-winning composer, also performed at the concert playing on his originally designed Viper, a fretted, seven-stringed electric instrument.

The program was sponsored in conjunction with the Webb 150 Celebration by the Follin Speakers Series, an endowed program at the school. It was originally scheduled for May 2020.

"Hundreds of hours of preparation went into this concert," said Susan Mullen, Webb's string orchestra teacher. "The students knew every note of every piece, and some had the entire concert memorized. As incredibly well-known and talented as Mark is, he has a gift of making the kids the stars of the evening. His humble genius was evident from the moment he met them. He is incredibly warm, genuine, talked to every student who approached him, and complemented the students individually throughout the two days of workshops." Mullen added, "They felt appreciated, noticed, and loved. He talked about how hard one has to work to really achieve something, that you need discipline and dedication to reach your goals. He really tried to instill in them that music is an incredibly important force in our lives, and no matter what style of music you prefer to play, you should do it with love, energy, and enthusiasm."

Among the many advantages of hosting the Electrify Your Strings Program at Webb, Mullen said the students experienced firsthand what it's like to work with someone at the top of their field. They also realized what kind of work it took to make such a big production successful.

Mullen noted that Wood's program and concert at Webb was not without its challenges. "The cancellation of this concert in May 2020 because of COVID-19 was a big disappointment to all the seniors who had worked hard on the music and couldn't participate. Once the EYS program and concert were rescheduled at Webb, Mark was very forward thinking and had us working on our virtual project of recording "Anyway You Want It" first thing in fall 2020. That never would have happened had it not been for the pandemic, so good things can definitely come from the bad." She added, "The week of our concert was one of the busiest Webb has had in a long time, as the girls' basketball team needed to use the court for their state tournament quarterfinal game on Friday night, Feb. 26, (which culminated with the team winning the state championship on March 6). That meant that the audio-visual company had to pack everything that night after a day of rehearsal and set it up again on Saturday morning for the Saturday night concert. This was no easy feat, and they are to be commended for doing such a great job. We had quite a balancing act to perform, but we all came together to make it an amazingly successful weekend. What a testament to departmental collaboration at The Webb School."

The promise of an in-person concert that adhered to COVID-19 precautions drew nearly 400 people, and approximately 540 "attended" via livestream.

Melynda Whitaker, mother of Thomas, eighth grade cellist, remarked, "Mrs. Mullen is a miracle worker in a typical year, getting students who have never touched an instrument to make music after just a few months, but this was more than any other year. The faces of the children were joyful, their bodies engaged in the beat, and you could tell they were so excited to participate!"

She added, "Having an experience like the concert with Mark Wood was a phenomenal light to encourage students to continue practicing. It gave them a real-life example of someone who is excellent at the instrument they're learning and painted a picture of what music can mean in a person's life. I expected my son to be exhausted after a full day of rehearsals on Friday before the concert, but he came home invigorated and impressed with Mark Wood's ability and his personability. It was an experience he will never forget, and it will continue to inspire him to get better."

"Having Webb give such enormous support to the Fine Arts Department sent a strong message to the community that the arts are highly valued at The Webb School," Mullen offered. "This was a real celebration of Webb's 150th year, though I don't imagine (founder) Sawney Webb could have imagined anything like the concert we put on! When Mark talked about the power of music to the audience and gave stories and highlights from his life, it had a very strong impact on the audience, and his solo playing was also absolutely amazing. What a night!" 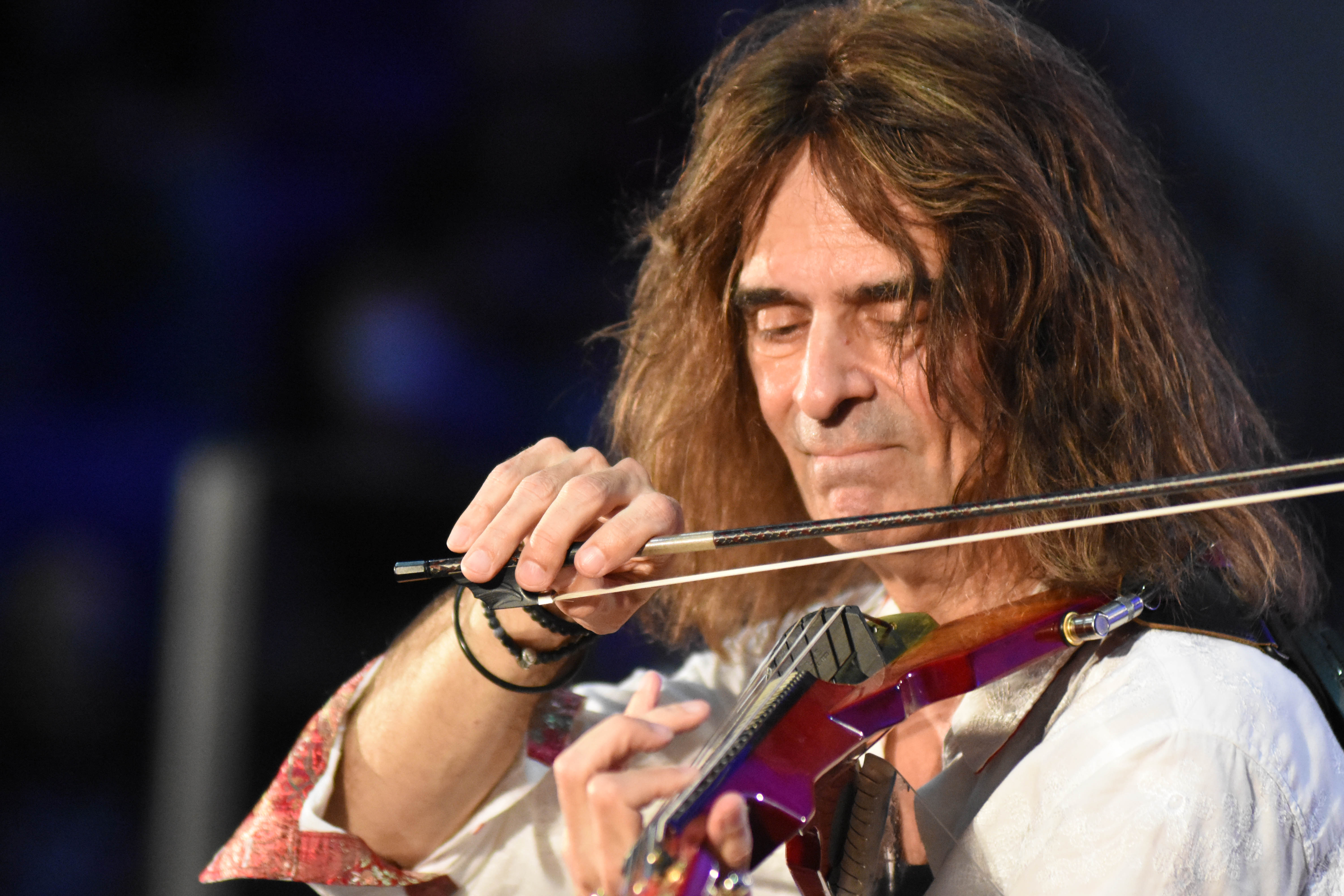 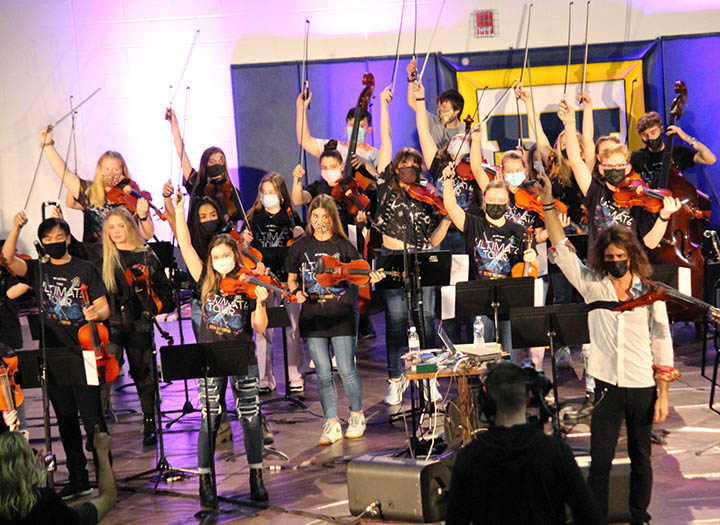 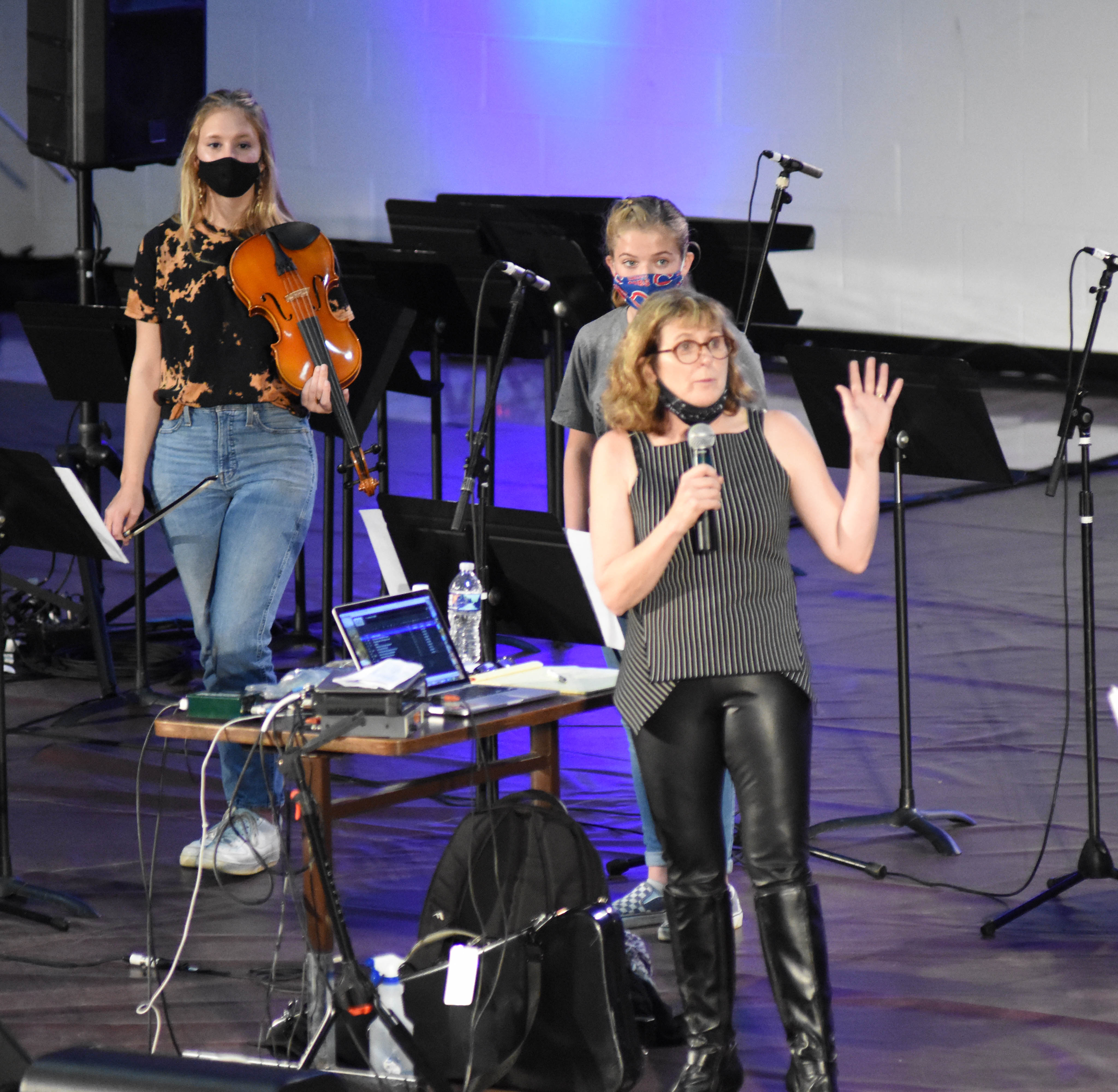 The Webb School's orchestra classes will be joining forces with an exciting guest artist live and in concert: well-known electric violinist and original member of the Trans-Siberian Orchestra Mark Wood. The free event is slated for Feb. 27 at 7 p.m. in the Barton Athletic Center, and registration is required at http://events.webbschool.com/strings. The concert is sponsored in conjunction with the Webb 150 Celebration by the Follin Speakers Series, an endowed program at The Webb School. There will be temperature checks on arrival, masks are required, and social distancing will be in effect. For more information about the free concert, call 931-389-5703.

"This will be a concert like Webb has never hosted before," said Susan Mullen, Webb's orchestra director. "We will be playing all rock and roll hits throughout the evening with this amazing Emmy-winning composer. If you have never heard Mark play, you are in for a real treat."  Wood will be playing on his originally designed Viper, a fretted, six-string electric instrument.

"Orchestra students had several Zoom sessions with Mark in the fall, where he brought his unique energy and enthusiasm into the classroom. He is a really positive musical force, a great educator, and an amazing guy. Students respond really well to him, as does everyone who meets him. My students have been working on this great music for months," Mullen added, "and we could not be more thrilled that we will be able to have this concert in person in the Barton Athletic Center. Even better is that it will be free – a gift from Webb. This incredible rock and roll show will be an event you won't want to miss."