All living Webb School Alumni are eligible for membership in the Distinguished Alumni Society. Candidates are nominated and selected by the Alumni Board and confirmed by the Board of Trustees. At Webb, an “alumnus/alumna” is defined as any individual who completed one or more academic year(s) in grades nine through twelve at Webb School. 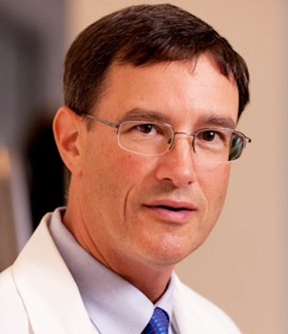 Dr. Flexner is an expert on the basic and clinical pharmacology of drugs for HIV/AIDS and related infections, including viral hepatitis and tuberculosis. His research teams developed a number of ways to reduce drug doses and toxicity while maintaining desired activity. He led clinical development teams for seven new drugs for HIV. He has published extensively on antiviral and antibiotic drug transport and metabolism, and metabolic drug interactions. He has published nearly 250 peer-reviewed scientific manuscripts, reviews, and book chapters, and has authored two medical textbooks. His current research includes the discovery and development of new molecules and formulations for long-acting parenteral administration for treatment and prevention of HIV infection.

He directs the Long Acting/Extended Release Antiretroviral Research Resource Program (LEAP; www.longactinghiv.org), which provides advice and support to an international audience that includes the World Health Organization and Unitaid. He is Co-Director of the Johns Hopkins University Baltimore-Washington-India HIV Clinical Trials Unit (BWI CTU). Dr. Flexner is the Chief Scientific Officer of the Institute for Clinical and Translational Research at Johns Hopkins. He also serves as Associate Vice-Chair for Academic Fellowship Programs in the Department of Medicine, and Associate Director of the Graduate Training Programs in Clinical Investigation of the Johns Hopkins University School of Medicine and Bloomberg School of Public Health.

He chairs the antiretroviral therapy committee of the AIDS Clinical Trials Group, an international consortium funded by NIH. Dr. Flexner served as President of the American Federation for Medical Research (AFMR) from 1999-2000, and was President of the AFMR Foundation from 2001-2002. He is a member of the editorial board of 12 scientific journals, and served as a consultant for three dozen pharmaceutical and biotechnology companies. He is a Consultant for the Bill and Melinda Gates Foundation and the Clinton Health Access Initiative, and served as a Consultant on FDA Reform for the United States House of Representatives.